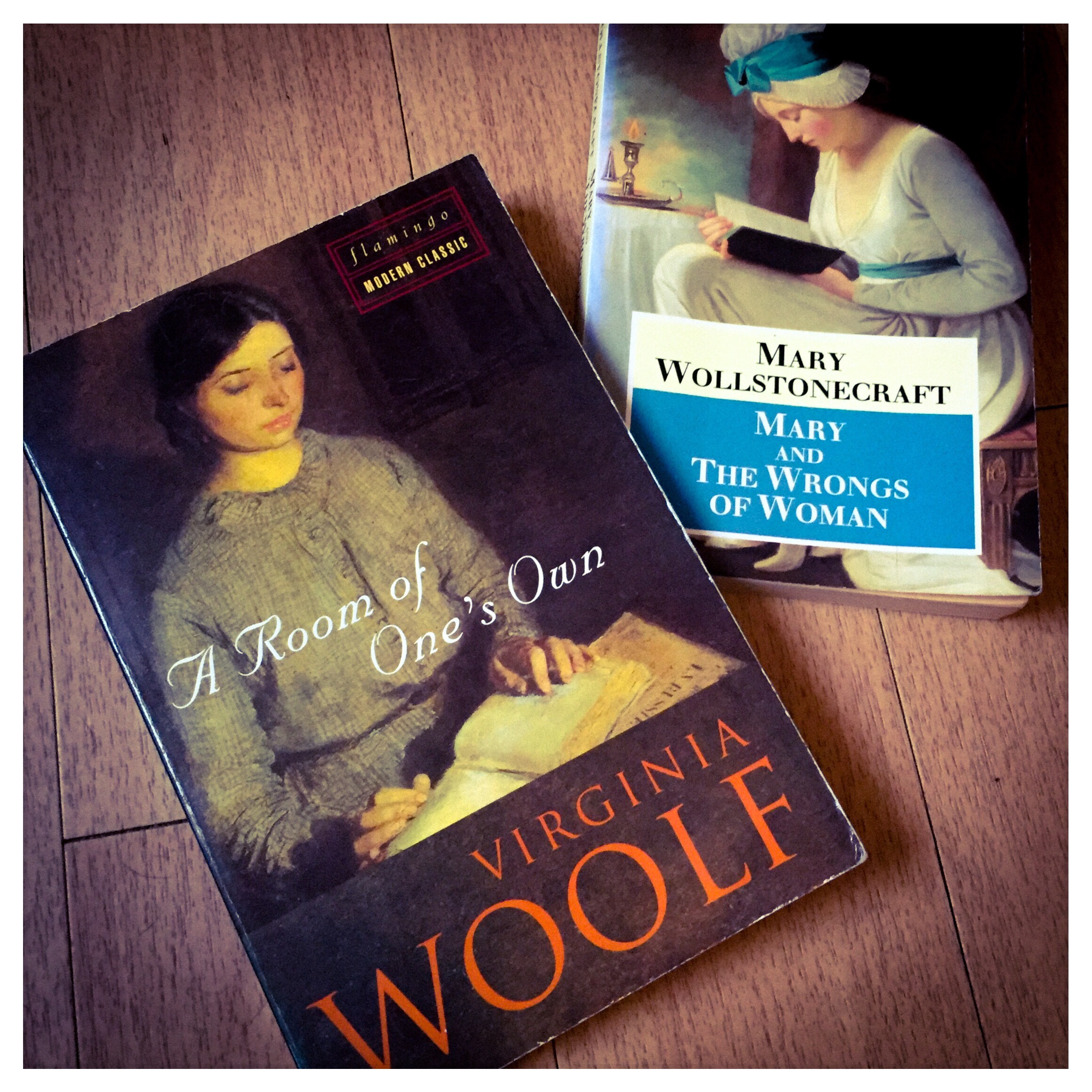 My two featured women are Virginia Woolf and Mary Wollstonecraft.

Wollstonecraft, the mother of Mary Shelley writer of ‘Frankenstein’ was a philosopher, educator, journalist and women’s rights activist. She advocated strongly for women’s equality and her book ‘A Vindication of the Rights of Women’ pushed for educational reforms. She abhorred notions of the time that women were ‘helpless adornments of the household’ and sought for the same educational opportunities as men. In the late 18th century this was highly revolutionary and caused great controversy. She went further in her book ‘Maria and the Wrongs of Women’ and asserted that women had strong sexual desires and it was degrading and immoral to pretend otherwise.

Virginia Woolf’s ‘A Room of One’s Own’ is an essay which grew from a talk Woolf gave to female students at Cambridge in 1928. It lays bare the structure of male privilege, female exclusion and the effects of poverty and sexual restraint on women’s creativity. It’s classed as one of the greatest feminist polemics of the century.

The fire’s lit once more… and I’ve picked up another collection of spooky short stories for #october #halloween 🎃
Brrrr… I’m feeling the cold today and have lit a fire 🔥
Another recommendation for October reading ~ BEAST by @mattjwesolowski 👹
Always a great read for October 🎃
I do like to dip into fantasy novels every now and then. Love the escapism 💕
@alisongoodmanauthor #thedarkdaysclub series is a top recommendation for a historical fantasy series. Intelligently researched and plotted, rich in detail and character development with a slow-burn romance lingering along the way ~ please do give it a try for something different this autumn.
Loading Comments...
%d bloggers like this: